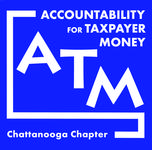 Tax increment financing (TIF) is a tax incentive that captures the future value of real estate improvements to pay for the current cost of (typically public infrastructure) improvements.

TIF is a method to pay for “community” improvements with future tax revenues. It is like payday lending with taxpayer dollars. Like payday lending, it is an expensive way to finance because of TIF transaction costs associated with bonds, attorneys, and banks.

Property owners within a designated TIF boundary pay "regular" taxes on the base (pre-TIF) value. The taxes on the value of any new development--the increment--goes into a special fund for a number of years to pay for improvements in the TIF area.

Unlike payments-in-lieu-of-taxes (PILOTs), TIF is not a tax abatement. IF they are used judiciously, TIFs can be a valuable economic development tool to incentivize new jobs in areas where new development is otherwise unlikely to happen.

TIF directs tax revenue in a defined geographic area away from the general funds of the city and county (fire, police, streets, workforce development, parks, etc.) toward a special fund that benefits a particular area. Because of its impact on reducing city and county revenues for 15 or so years, the creation of a TIF district is a major policy decision.

In an article in City Lab, the author said that--depending on the specific project and whom you ask--TIF is an essential mechanism to stimulate needed economic development and revitalize neighborhoods or it is an opaque developer giveaway that puts a strain on city services without providing much benefit to the public.

Perhaps the key question for decision-makers is to determine if the public benefit is sufficient to warrant giving up most property tax dollars for 15 years. Would the contemplated project happen anyway without the TIF? This is called the "but-for" test.

II. What is Chattanooga’s History with TIFs?

First TIF (2013)--The project was a road and sewer line up Aetna Mountain in a residential golf course community. $9 million bond; 20 years; developers are being paid interest at prime plus 2 percent.

Second TIF (2018)--The project was a one-block extension of Martin Luther King Blvd. from Riverfront Parkway to the Riverwalk.

III. Does Chattanooga Have TIF Policies?

City Council has not adopted policies regarding Payments-in-lieu-of-Taxes (PILOT), the city's other major property tax incentive.

Council has, however, adopted policies relative to TIFs. The likely impetus for TIF policies relates to a lawsuit a citizen filed about the City's first TIF. In negotiations before the lawsuit was settled, the plaintiff asked that the City adopt policies to guide decision-making on any future TIF applications.

Here is a link to the TIF policies adopted by City Council in 2015. City Resolution

Revelation of the "Tweaking" of the Knoxville Policies

In October of 2017, Mayor Andy Berke’s executive staff briefed the Industrial Development Board and the City Council on the TIF process, focusing exclusively on the procedures for how these projects get approved. Staff was enthusiastic about the TIF tool, saying they anticipated applications in 2017 and 2018. They did not go over any of the policies Council adopted by resolution in 2015, such as maximum term, eligible costs, guarantees of completion, and transfer of TIF. They did not mention state law, they did not mention how the “new” process compares to the 2012 process for the City's first TIF, and they did not mention the TIF overview presentation to the City Council by a Nashville attorney in 2015.

The Mayor's staff told Council in 2017 that Chattanooga has the “toughest TIF policies in the state.” ATM researched other places, beginning with Knoxville, a comparably sized city that has a successful TIF program. Here is what we learned: The policies Chattanooga adopted in 2015 were 99 percent identical to what Knoxville had already adopted. HOWEVER, someone working on the Chattanooga document in 2015 removed four Knoxville provisions. Their removal weakened protection to city taxpayers.  Someone working on the Chattanooga document in 2015 added a new paragraph giving the City unbridled discretion if the City (rather than a developer) chose to initiate a TIF. This addition weakened protection to city taxpayers.

Using Knoxville as a model was fine. Cities frequently borrow from one another. But to copy their policies and then carefully remove sections intended to protect the public interest without disclosing why to the Council and the public is not OK.

ATM asked Council to amend Chattanooga's policies by adding back the deleted Knoxville policies, including the ones relating to the but/for test, transfer of TIF, and maximum term. ATM suggested that Council add a new policy to make abundantly clear that school taxes must be paid in full.  The request fell on deaf ears.

IV. Are TIF Policies being Followed?

Two TIF projects have been approved since the adoption of policies in 2015: The M.L. King Street Extension and  East Chattanooga Rising. One (East Chattanooga) met the policies; one (MLK Extension) deviated in some important respects.

City adopted TIF policies state that the "TIF Program is primarily for economic development projects that provide improvements in blighted or underutilized areas." The MLK TIF is on the riverfront downtown, which is very valuable real estate, the opposite of what most would think of as blighted. It is not underutilized, as the Cameron Harbor development continues to move to the south along Riverfront Parkway.

City TIF policies allude to projects that involve "the generation of new jobs with wages in excess of the average annual wage in Chattanooga." The job-generating components in this TIF district are an office building and a restaurant. Neither of these uses is typically associated with higher-paying jobs.

City TIF Policies state that "In the absence of unusual or extenuating circumstances acceptable to the Board, Projects that are substantially residential will not qualify for tax increment financing under the Board’s TIF Program." While the TIF  boundary includes a restaurant (at the former Jones Blair paint site) and a medical office building, most of the estimated property tax value comes from the two residential components--a new apartment complex and condominiums across the street.